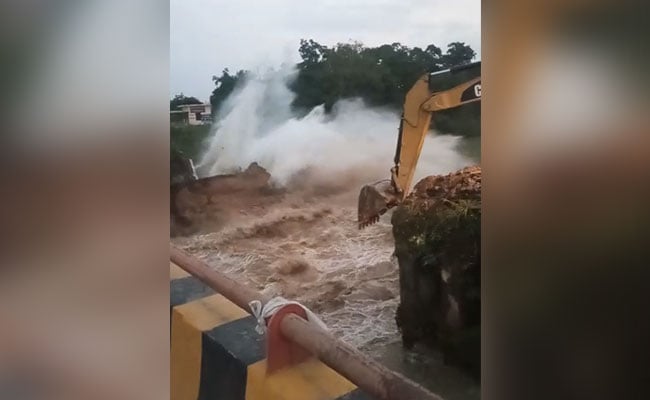 As the machine strikes, the whole bridge crashes into the water

A driver of an excavator had a narrow escape when a bridge over the Ganga Canal in Uttar Pradesh – that was undergoing demolition – collapsed into the water along with the machine.

A video of the incident, which has gone viral on social media, shows the excavator stationed at the rickety and narrow bridge in Muzaffarnagar district, trying to demolish the other part of the structure.

As the machine strikes, the whole bridge crashes into the water and so does the excavator along with its driver.

The driver was seen running to safety through the troubled waters, leaving the vehicle upside down in the canal.

He was rescued by the police with the help of locals.

Sources say the bridge that collapsed into the water was 100-year-old and the demolition work was being carried out as part of a project to widen the Panipat-Khatima Highway along the canal.